Catch and Kill vs TNR: A Look at Sustainability 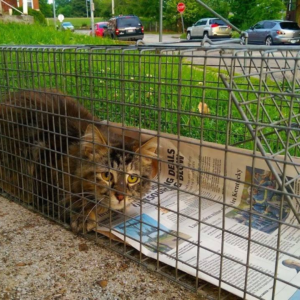 One of the major opponents to TNR are bird people. They often cite a study, conducted by scientists Clark and Castillo for the Department of Environmental Studies – Florida International University, which found that after 2 years there was no change in the feral cat population – and that these cat colonies had even increased, somewhat. This is not particularly revolutionary data – TNR never purported to change the feral cat landscape in just two years. Instead, in a 17-year-long study conducted by Daniel D. Spehar and Peter J. Wolf, we see something much more interesting: after nearly two decades of TNR, all the cats are gone. Further, they write, “Up to one-third of the cats trapped were sociable and adopted into homes; the remainder were sterilized and vaccinated before being returned to the waterfront, where they declined in number over time due to attrition.”

But let’s let Clark and Castillo continue. In their zeal for catch and kill, bird enthusiasts only read the headline of the study. But the scientists write more:

“Our results emphasize the role that human interference and negligence play in the population dynamics of managed cat colonies. lllegal dumping of unwanted cats and the attraction of stray cats to the provisioned food counter-balanced reductions in cat numbers caused by death or adoption.”

Over the course of two years, this is a reasonable conclusion. Their inclusion of “adoption” here is also interesting: the 45 cats born per year for every human is not a problem we can adopt our way out of. Shelters who trap feral cats, warehouse them endlessly in a misguided attempt to socialize them, and then find themselves too full to help actual friendly kittens could heed Clark and Castillo’s words. With nowhere to go, friendly cats get dumped.

Clark and Castillo, in their conclusion, continue:

“Our small sample size (two cat colonies) and short time duration of observation (1 year) may limit the strength of our results.”

Hmm. Another major difference: the study over the course of decade’s deals with hundreds of cats – the Clark and Castillo study has less than 50.

In another study, Wildlife Research scientists write about catch and kill vs TNR:

Here’s what we know to be true, based on our observations here in St Louis:

“Therefore, both euthanasia and TNR would require immigration to be concomitantly controlled or reduced under both scenarios.”

Something catch and kill proponents forget: TNR empowers colony caretakers, who love their cats, to do something about explosive population. Instead of hiding in the shadows, caretakers are now choosing to join with animal welfare groups and fix their cats. When it comes to beloved community cats who these folks will do anything to protect, the choice is do nothing or do TNR.

The community cat problem will not be solved by a handful of Animal Control Officers directed to trap and kill.

So you wanna help the birds?

Here’s how to help the birds:

So. It’s true that catch and kill decreases cat population, at least in the short term. But it’s a tactic that is grossly expensive, extremely cruel, and unsustainable.  If you want an army of volunteers and colony caretakers making a difference, right now, for relatively cheap – you’ll need to look to TNR.